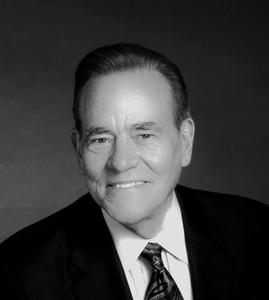 Wesley N. Edmunds graduated from Stanford University in 1972 with a B.A. in Psychology. He received his law degree from Boalt Hall School of Law at the University of California at Berkeley in 1976. While at Boalt, Wes was instrumental in starting the Industrial Relations Law Journal and served as one of its founding Editors.

Wes has tried over 100 civil cases in federal and state courts, with an emphasis on commercial business litigation, insurance coverage disputes, professional liability, non-competition agreements, trade secret litigation, personal injury, and securities fraud. He brings this wealth of trial experience both to his service as a mediator and to his advocacy on behalf of clients both in the context of litigation and alternative dispute resolution, including arbitration and mediation. He is a member of the Washington State Bar Association, the Washington State Association for Justice (as an Eagle member), and the King County Bar Association.

Along with his former partner, Sam Elder, Wes litigated Sun Mountain Productions, Inc. v. Pierre, 84 Wn.App.608, 929 P.2d 494 (1997), prevailing in an innovative argument which has made it one of the nation's leading cases on the tort of negligent parental supervision. In 2009 he litigated Shepler v. Tietje, a personal injury case in Snohomish County Superior Court, in which he obtained a judgment in excess of $800,000. He has likewise been essential in securing a number of favorable employment discrimination settlements against Microsoft Corporation and similar entities and successfully litigated the dismissal of frivolous claims in Trooien v. Mansour, 608 F.3d 1020 (8th Cir. 2010) in the U.S. District Court in Minnesota.

In his free time, he enjoys travel and photography, in addition to spending time with friends and family.